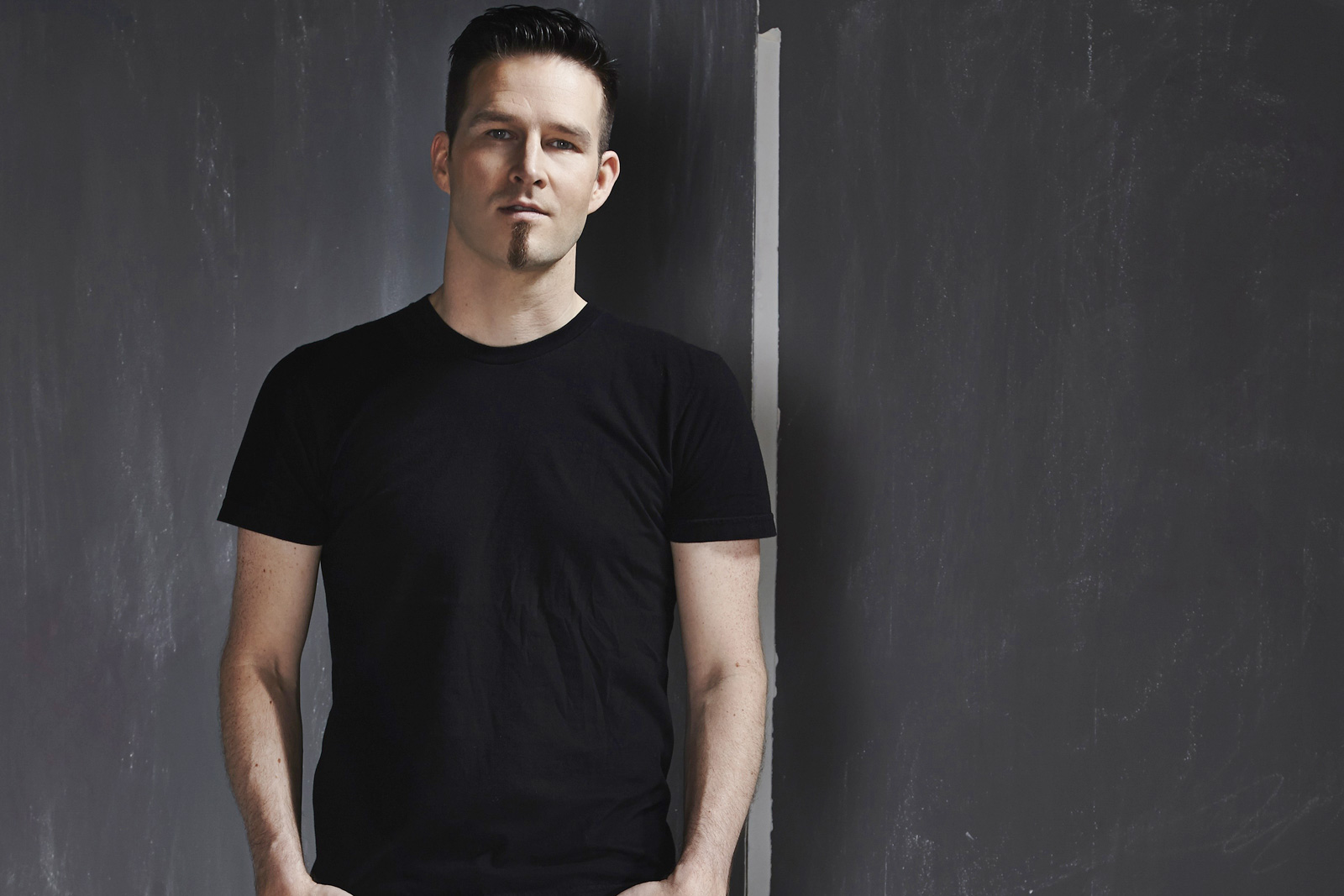 Darude is the producer of ‘Sandstorm’, one of the biggest dance tracks of all time, and you can bet on him playing it when he heads back to Australia later this month to play at The Grass is Greener festival in Cairns. We caught up with the legendary producer to chat about that track, his dream collaboration and heading to Cairns for the first time…

What was the techno- trance scene like in Finland where you grew up?

It was small, but thriving. You’d have to go to bigger cities to get actual techno or trance or house, but even small town bars and discos have been playing commercial dance music in Finland for a long time. We didn’t get many international DJs or acts to visit us, but we had some DJs early on who travelled to Stockholm, London and Berlin for eg. for record shopping and were bringing fresh sounds to clubs and some on the radio, as there were a few specialist weekend evening shows where good stuff was played and my finger was on the record/pause button all night long!

You started studying and making music just a few years before releasing ‘Sandstorm’ in 1999, and it was the first track you actually released under a record label at that time, did it feel like a whirlwind overnight success? How did life change for you after ‘Sandstorm’ was released?

Yeah, it still does! In late 1999 I became a professional touring electronic musician in a blink of an eye (from a student and a worker in part-time authorized Apple reseller and repair shop), which I had not even dreamed about a couple of months before that. The first 2-3 years I had barely time to sleep, or breathe, but it was fun, and I was younger and way excited, so it was all good! Only after that insane stint of country hopping with several promo things each day + gig or two a night in 2002 I took some time off to rest and to start working on my second album ’Rush’, then it really hit me, I had finally time to think about what had happened and what I’d done, where I’d been and how crazy and big it got so quickly. I’d made music for 3-4 years before I made ’Sandstorm’ and I had several unofficial releases on mp3.com, even charting there pretty nicely, but ’Sandstorm’ was my first ever official release signed and released on a real label (16 Inch Records).

Do you feel a lot of pressure in the years following to match the level of success your previous releases had acquired?

I did very early on, like when JS16 and I started working on the second album, but then we decided to try and forget all that and just make music and have fun in the studio like we did when doing the first album. Also, when I started making music, I didn’t do it for sales or success, I just loved creating sounds and tracks. So at that point as the first single of the ‘Rush’ album we decided to release ‘Music’, which was harder & more clubby than commercial radio track, because we’d rather be proud of going forward with something that was made not thinking of commercial success, but just dance floor, than desperately trying to go after airplay with a more commercial track.

There HAS been many a record company A&R and such who always claim to be all about music, artist first, “I know what’s up” and the first thing coming out of their mouth when I bring a new track in is “…but it’s not a hit like ‘Sandstorm’…” or some other comparison, but that hasn’t really so much put pressure on me but just pissed me off. You won 3 Finnish Grammy Awards for your 2000 album ‘Before The Storm’, do you often listen to that album when producing new music, or do you leave the past in the past?

I sometimes listen to various old productions of mine for sure, but I don’t need to listen to them to make new music, I’ve got them deeply memorized vibe wise and tech wise, I was there! I don’t consciously look back and try to recreate (or forget!) something, but I tend to naturally do things similarly, I return over and over again to similar patterns, chord changes and such, so my past follows me plenty! I do try to be conscious of that so that I can widen my palette and bring new things, ideas, sounds, people and purposes into the picture, so that while a good bit of my productions is based on similar foundation, which I think helps with some kind of consistency while styles and times change, it hopefully also makes my music evolve over time.

You previously ran your own label (EnMass Music), with the talented Randy Boyer, and are a big supporter of new talent and seek to help young up and comers. How do you scout out talent? Do you get a lot of demos from musicians or do you spend a lot of time digging for stuff that like the sound of?

I get tons of promos and demos via social media and email and bedroom producers approach me at gigs, too, with USB sticks or links to their stuff. I don’t regularly randomly search for new talent like that, but when I hear a great unknown singer I look into them, check their social media, check out more tracks if I can find them and sometimes get in touch with them, if the whole picture seems something I like in terms of vocal performance & the person him or herself. There are always many possibilities starting from asking if they’re interested in writing and/or singing featuring vocals on my track or if they’re producers themselves, if they are interested in collaboration, or perhaps artist development.

‘Moments’ your most recent album released in 2015 was a beautiful return to your career after taking a hiatus for a few years, and features many impressive collaborations. How did it feel to release and tour that album after years of down time whilst watching ‘Sandstorm’ continue to grow as an internationally recognized anthem?

Taking that long, 8 years between albums wasn’t really my conscious choice, but life happened. I got married, got a kid (and just 10 months ago now another one, a beautiful girl this time), some illness in the family happened and we moved countries twice, but I never ‘took a hiatus’ really, I toured 40-60 gigs a year and kept on making music, too, but concentrating on the studio productions was not the most important thing on my mind for a while.

Finally getting to a place where I could better and regularly concentrate on making music again, to make ‘Moments’ in itself was great. The process of making the album was partially new to me, as I collaborated more and with several people I hadn’t worked with before. I did writing sessions with teams in Denmark, Sweden and Finland and worked on the productions together in person and over the internet with my chosen co-producers; it opened my eyes, ears and mind and I’ve been on a collaboration kick since!

Touring with new music is always awesome, and the beauty of the ‘Moments’ album is that it has music for the beginning, middle and the peak ending of my sets, so it was quite natural to play very many of the tracks in my sets and mix in other music as well to create a mix of an album presentation in the form of a regular DJ set.

Madonna is my permanent standard answer here, the amazing queen of pop, but I’ve got many others, like great singers like JES, Adele, Ed Sheeran, Bono, Justin Timberlake and electronic music legend like Jean-Michel Jarre, movie score legend Hans Zimmer, plus tons of my peers, veterans and fresh talent alike. 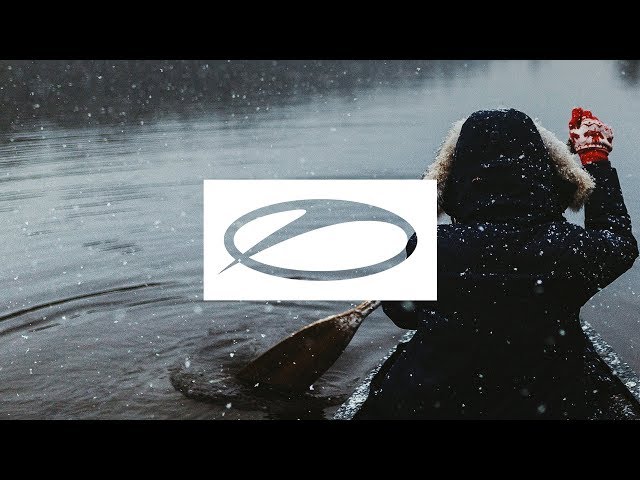 You have a new single called ‘Timeless’ coming out on Garuda. Your previous release on the label, ‘Surrender’, was #1 in the Beatport Trance chart and found strong support. What’s your hope for this new release?

Honestly, chart success and huge stream numbers are of course big things, and I’d lie if I said they didn’t matter, but as a DJ and a producer I enjoy the most, in addition to playing my own tracks in my sets, hearing about other DJs playing my tracks and seeing videos of massive events where they’re played. Goosebump factor is real!

You’re heading back to Australia this summer for the first time in a few years, and you will also be playing at the Grass Is Greener festival in Cairns. What’s your thoughts of Cairns and the the tourist attractions around Cairns like the Great Barrier Reef?

To be honest, I don’t know Cairns too well, I’ve only been there for a short time, but when I visited, I had an amazing day out at AJ Hackett bungy tower! The jumps were great, the crew very friendly and professional and the surroundings, the rainforest was very nice, too!

Any future projects / releases you can tell us about?

I’m working on new music, got some quite ready to go, for e.g. a collaboration with my Finnish brother Audioventura, release dates to be announced when we’re ready. I’ve got a huge project that I took on, but can’t talk about yet, that will be revealed in 2019 and I’m very excited about it! Also, when I was on tour in Australia in 2016, I hit the studio with Uberjak’d in Adelaide and we started a track that is now about finished after several iterations, twists & turns, so possibly getting that out at some point soon, too!

Catch Darude at the upcoming The Grass Is Greener Festival in Cairns on the 27th October. More info from: http://thegrassisgreener.com.au