Following on from the COVID Concert Industry Support Plan which was proposed at the start of the month, the Federal Government has unveiled its $250 million recovery package for the Australian arts and entertainment sector, which has been heavily impacted due to coronavirus-related lockdowns around the country.

Divided into four stream, the package will be heavily welcomes by many Australian’s who work in the arts and entertainment sector. The packages will include:

“These measures will support a broad range of jobs from performers, artists and roadies, to front of house staff and many who work behind the scenes, while assisting related parts of the broader economy, such as tourism and hospitality.”

“This package is as much about supporting the tradies who build stage sets or computer specialists who create the latest special effects, as it is about supporting actors and performers in major productions.”

“Many in the sector will find a new way to operate while the current social distancing measures remain in place and while that won’t be easy, I know there’s a strong desire among all Australians to see the return of gigs, performances and events.”

A Creative Economy Taskforce will be set up to help administer the funding, in partnership with the Australia Council.

The announcement comes after talks Morrison has had with reps from the entertainment sector, including the newly-spawned Live Entertainment Industry Forum (LEIF) supergroup executive committee.

While many in the arts sector have welcomed the recovery package, multiple bodies have slammed the government for its long period of inaction and failure to target individual arts workers in need of immediate assistance.

Dean Ormston, CEO of peak body APRA AMCOS said the package “comes at an urgent time not just for the music sector, but the broader creative economy. Importantly the announcement reflects the recognition by the Morrison Government of the enormous contribution the arts, entertainment and creative industries contribute to the economy and our way of life.”

Live Performance Australia’s Chief Executive, Evelyn Richardson said, “Our industry was the first to be profoundly affected by the public health restrictions to combat COVID-19, and faces a longer road to recovery as restrictions are progressively lifted around the country.”

“This is a vital injection of capital funding which will help live performance companies reopen and start to rebuild after the impact of the overnight loss of hundreds of millions of dollars in revenue over the past three months,” she added. 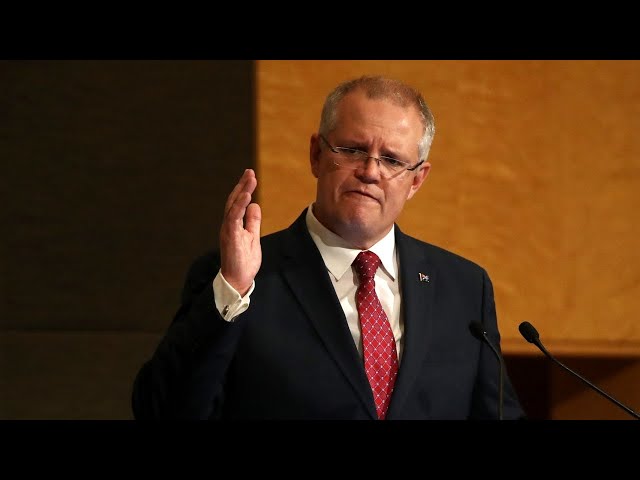