“Wouldn’t Change A Thing” sets the stage for the Deluxe Edition of ILLENIUM’s fourth full-length album, FALLEN EMBERS, on October 22, 2021. It will be the inaugural release under his newly minted deal with Warner Records.

The single fuses ILLENIUM’s immersive and cinematic production with a heavenly and hypnotic vocal melody from Thirty Seconds To Mars frontman Jared Leto. Backed by Shannon Leto’s powerful drums, icy synths pulsate in the background before a shuddering dancefloor-ready groove takes hold. Meanwhile, Jared Leto projects the hook loud and clear, “No matter what happens, she’s a fatal attraction to me. I wouldn’t change a thing.” In the accompanying Visualizer, images of flames, rain, and sparks underline the track’s emotional intensity, bringing the words to life.

For the Deluxe Edition, ILLENIUM notably reupped, reloaded, and recharged this opus with five new songs. Among the new material, Virtual Riot expands “Blame Myself” featuring Tori Kelly with a new Remix, heightening the tension and release with an unpredictable glitchy breakdown. From the frenetic bounce of “Hurt Like This” to the guitar-laden crunch of “Superhero,” ILLENIUM presents the most complete and comprehensive vision of Fallen Embers now.

Earlier this year, ILLENIUM performed a four-set show at The Las Vegas Raiders’ Allegiant Stadium, making him the first artist to ever perform at the venue. The first three sets at the show commemorated his previous 3 albums – Ashes, Awake, and Ascend. The night ended with a final set, bringing closure to the story of the previously mentioned albums and starting a new one with Fallen Embers. Throughout the summer, he also shined at festivals such as Lollapalooza, Breakaway Music Festival, Life Is Beautiful, and more.

Now, he illuminates electronic music brighter than ever with Fallen Embers Deluxe Edition and much more to come. 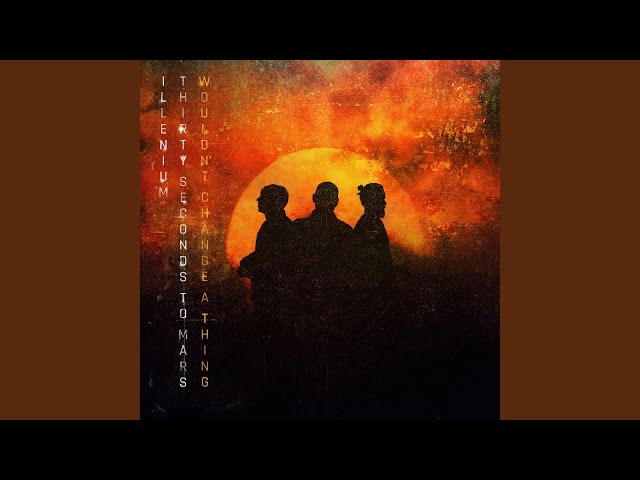