An artist who characterizes electronic musics energy in both approach and output is Giuseppe Ottaviani. The Italian trance pioneer has long been recognised as one of the genre’s most respected and prolific artists. With four chart topping studio albums, countless compliation albums and singles under his belt, Giuseppe Ottaviani heads to Australia this November / December for Festival X and we had the opportunity to sit down with the legend and speak about his new album ‘Evolver’ and more.

Hi Giuseppe, it’s great to be speaking to you! Firstly, congratulations on your latest studio album Evolver. What was the experience working on the album?

It was different from all my previous albums, Evolver wasn’t planned, it just happened on the road.

With the launch of my Live 2.0 concept in 2016 I’ve been making lots of music while traveling, at sound checks during the shows or at my hotel room. Those quick ideas were meant to be for my live shows only and I never really planned to release them but people were constantly asking for it. So I started to release some of those ideas, but after 3 years I ended up having more than 20 tracks and the only way to release the majority of them was to pack 17 tracks into a CD and release an album. I spent almost 9 months in studio to turn those rough live ideas into proper studio productions and for the first time I’ve been streaming the entire process online. It was cool, lots of interaction with people who actually gave me lots of suggestions as well. I loved reading comments on my social media and I took few of those on board.  Evolver wouldn’t exist without the collaboration of my fans and I have to thank them for this. It’s a very special album for me and the first one solely dedicated to my fans…who I tend to call friends.

The release has been widely praised among the Australian trance community. Following your previous albums Go!, Magenta and 2016’s Alma, Evolver gives us a fresh taste of your direction with those classic Giuseppe elements, how have the new tracks gone down at your live shows?

Feedback on the dance floor has been great, since the very first one I’ve created which has been released under the name of ‘Musica’. The fact that each track has been created on the road, it ruled out any possible collaboration with other producers or vocalists. This allowed me to go back to my roots when I used to make instrumental tracks only and I tried to bring back my older sound but with a fresh new dress. The result is a completely instrumental album which brings back memories from 2002, but it has a proper 2019 feeling to it. It’s a nice balance that appealed to the older generation as well as the new one. Basically everybody is happy.

Speaking of live shows, you’ve had a busy 2019 so far with performances at the likes of Transmission in Prague and ASOT900 in Utretch. You have your own live setup that you take with you known as the Giuseppe Ottaviani Live 2.0 show. Can you give us a run though of your setup?

The Live 2.0 it’s kind of a hybrid setup with two distinct sections but both linked together. A “DJ” section where I have all my studio productions and a live section where I can select and record sounds to create new music on-the-fly. The combination of both sections is what allows me to deliver fresh sound in every show. I do combine sounds from the live section with my studio productions but I only play few track completely from the live section so I can perform these tracks every time in a different way. It’s not a super complicated thing but it’s definitely easier to watch it than explain it. 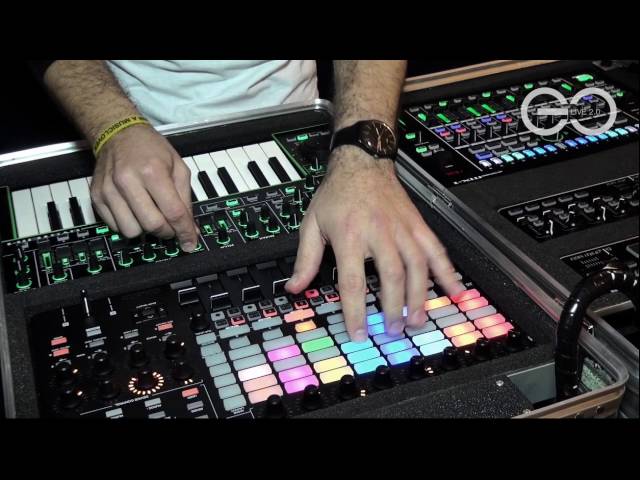 Does it take long to setup?

No it doesn’t, 20 minutes for sound check is all I need but some times things can get longer especially when they have different acts on a festival and we have to plan the change over. Fun fact, whenever it’s me and Paul Van Dyk are playing on the same stage, the sound engineer and stage manager will most probably have some hard times.

You’re set to bring the Live 2.0 show to Australia for Festival X, so I think fans will be glad to see you back in the country. What can fans expect to see at your shows?

This is the point of the Live 2.0 show; you never know what to expect even because I don’t know what’s going to happen as I don’t make plans. I might come up with an idea at the sound check and then play it straight away at the show, or I might just play whatever it comes to my mind during the show. I always go with the flow and I bring new music to the table every single time.

The lineup for Festival X is a big one. With the likes of Armin van Buuren, Futurecode, MaRLo and more; are there any performances you’re eager to watch at the festival?

I usually go in and out and I don’t normally hang around much but I have few friends over there so I might stay a bit for a drink and check out the other acts as well.

Before we go, we have five questions from our readers that would like to know.

Brianna from Sydney would like to know if you have a favourite song that you have created?

Well my favorite song is the one that actually allowed me to be here and answer to this interview. It was the first single I’ve released as a solo artist back in 2006. The track is called ‘Linking People’ and that was my breakthrough track.

Daniel from Newcastle asks, do you record songs live on your Live 2.0 setup or do you make tracks traditionally in a DAW?

I do both ways. I normally work in studio like every body else but in the case of my Evolver album I have created all those tracks with my Live setup. Well, those tracks were just rough demos, good to be played live but not to be released so I had to go in studio and turn those demos into a full studio production. Daniel might also like to know that I use Ableton Live 10 as my live DAW and Cubase Pro 10 as my studio DAW.

Nathan in Brisbane would like to know how the slow emotion tracks came to be?

Oh yeah the Slow Emotion concept….I need to make a new one at some point. Well I wanted to surprise people with something different and while everyone seem to tend to play hard-style with high bpm, I decided to go the opposite way and play something slow, very slow but with a lot of emotions; so going down to 110 bpm in the middle of my set was my thing. Then I realised that playing a trance arpeggio at such a low speed it actually enhances the beauty of the melody because you can catch all the little nuances of it and enjoy it even more. But don’t be fooled by the slow bpm, the track is extremely powerful and aggressive that makes any dance floor bounce. 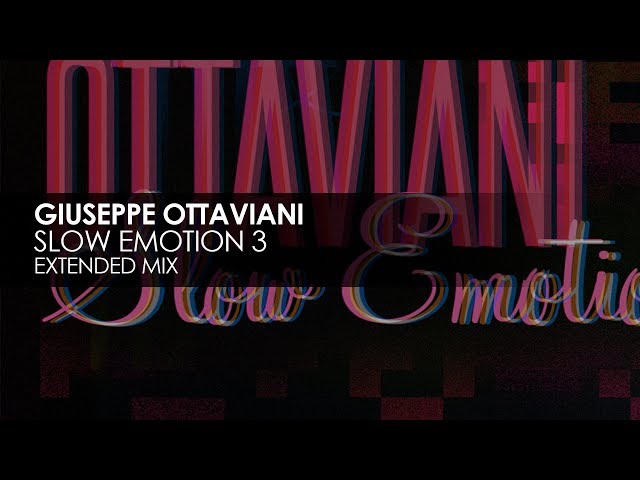 Ellie in Melbourne says “you have written so many great festival anthems over the years, most notably for Dreamstate, Goodgreef and Transmission. What goes into writing an official Anthem track?”

Writing a festival anthem for me is a different thing than just write another track. Depending on the festival I tend to imagine myself being in the crowd of that specific festival waiting to finally hear the official anthem. In the case of Dreamstate, I went for a simple but catchy melody with very aggressive sound and a vocal sample saying “keep your dreams alive” I think it really suits the festival concept. The anthem for Transmission festival was completely different. Transmission is famous for their immense laser shows and when I see lasers I see big trance classical melodies and so the aim was not to simply make people jump but to impress them by the combination of melodies and lasers which is what indeed made me fall in love with trance back in the days.

Finally, Blake from the Gold Coast would like to know where is somewhere in the world that you have not played that you’re eager to visit.

Well I’ve been playing pretty much everywhere but there are few places where I don’t play much and I’d love to come back soon: Brazil, Japan, New Zealand and Norway are on top of my list.

Giuseppe Ottaviani will be in the country this November / December as part of the massive Festival X lineup. Giuseppe will bring his Live 2.0 show to Sydney and Melbourne and tickets are on sale now. If you have already secured your tickets, check out our top 5 acts you can’t miss at Festival X.