“One More Day” is the first ever collaboration between trance and melodic bass producer Jason Ross and Australian bass producer Blanke. The song marks Blanke‘s first original release on Ophelia Records, following his remix of Seven Lions‘ “Another Way”, the most streamed remix on the Find Another Way (Remixes) EP. Sonically, the track combines the touching vocals of singer/songwriter Chandler Leighton, trance influences and a second drop of heavy, distorted bass.

Jason Ross is a star that continues to ascend. Since 2015, he has garnered over 65 million streams on Spotify and massive support from the dance world, including DJ support from Armin Van Buuren, Slander, Gryffin, Kaskade, Above & Beyond, Avicii and more. This year saw Jason’s first full-length album release with 1000 Faces. The title track “1000 Faces” was a BPM Breaker on SiriusXM and sat at the top of the playlist on iHeart Evolution for 12 weeks with a massive 577 spins, with total album streams surpassing 25 million. The album peaked at #1 on Beatport’s top 100 Trap/Future Bass releases, #2 on Top 100 Dance releases and hit #3 on the US iTunes Dance chart. His Insomniac show ‘The Atlas’ is on its second season and runs Mondays at 8 PM PST on InsomniacTV.

In just 3 years, JP Orchison has taken the Blanke project from his native Australia to the World. Inking a deal with United Talent Agency, Blanke (in his first year of North American Touring) was booked to play on festivals like Paradiso, Global Dance, Hard Summer, Dancefestopia & EDC Las Vegas, a regular on lineups for Brands like Deadbeats and Brownies & Lemonade, and was selected as a support act for Illenium’s massive ‘Ascend’ Arena Tour in mid-late 2019 before kicking off 2020 with a 40+ date tour across North America as main support for Black Tiger Sex Machine.

Blanke is known as a prolific remixer, official mixes for Marshmello, Illenium, Seven Lions, Zeds Dead & Subtronics, RL Grime, SLANDER & Said The Sky, Crooked Colours, PNAU, Gryffin & many more have reached over 30 Million plays collectively on Spotify alone & found themselves in the Mint, Fresh Electronic, Happy Beats playlists along the way, with the PNAU Remix named as one of Billboard Dance’s Top Ten Remixes of 2018.

Out today on all popular streaming platforms, get your first listen to “One More Day” below! 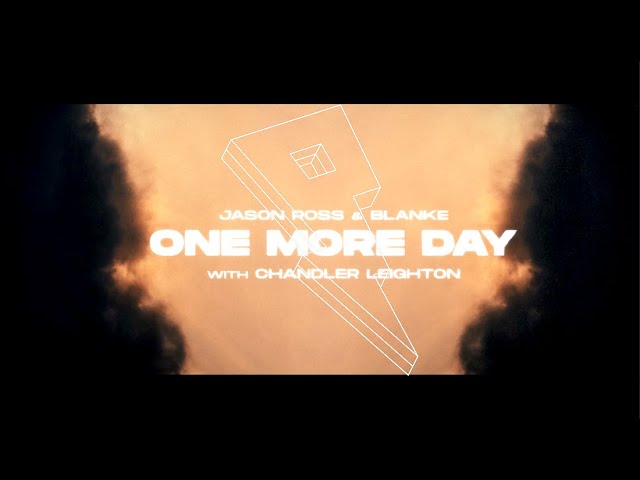