Multi-platinum selling artist Joel Fletcher is back with another collaboration, this time teaming up with Adelaide’s Restricted and Aussie hip-hop up-and-comer Masked Wolf to bring you the electro-house heater ‘The Den’. ‘The Den’ is a dark, minimal Melbourne banger with rock flourishes and features a menacing rap vocal from Masked Wolf. ‘The Den’ follows on from the success of Joel’s latest track ‘Vibe’ with Kennyon Brown, which hit the Spotify Viral chart in Australia, #14 on Shazam in Sydney, #57 on Shazam Australia, and currently has over 700k streams.

On ‘The Den’, Joel Fletcher said, “The way the record came about was that myself and Restricted had a collab idea that was 50% finished and we were searching for a vocal for it. We hit up Masked Wolf and he delivered this epic vocal. Both Wolf and Restricted are incredibly talented artists and I’m stoked to have worked on this record with them! This is The Den!”

Joel Fletcher was synonymous with the global phenomenon of bounce from its inception, leading the charge with his #2 ARIA Singles Chart, 4 x platinum hit “Swing” featuring Savage, and his platinum hit ‘Bring It Back’ with Will Sparks. His recent collaborations and releases have seen success in DJ circles with support from Robin Schulz, Wolfpack, Will Sparks, David Guetta, Tigerlily amongst many others.

Minimal DJ and producer Restricted has accomplished a lot already, but he is only getting warmed up. In the last 12 months, Restricted has amassed over 6 million streams, toured internationally with Dimatik, supported Ben Nicky, Laidback Luke, Timmy Trumpet, and Tigerlily, and has held down residencies at Adelaide’s Electric Circus and guest spots at some of the world’s biggest clubs including Zouk in Kuala Lumpur. Restricted’s namesake is to break down the barriers between the underground and main stages; bringing minimal to the masses and making the EDM sub-genre accessible and unrestricted.

At the early age of 13, Harry Michael aka Masked Wolf started putting pen to paper as he listened to Eminem and 50cent. As he matured, he started finding more musical influences in Kevin Gates, Drake, and Hopsin which only increased his urge to get in front of a microphone and spread his sound. With the Australian hip hop scene on the rise, Masked Wolf brings his own unique style and sound which is a welcome injection of culture and finesse that will see him penetrate the international scene in no time.

Out now through Beatport and all streaming platforms, get your first listen below! 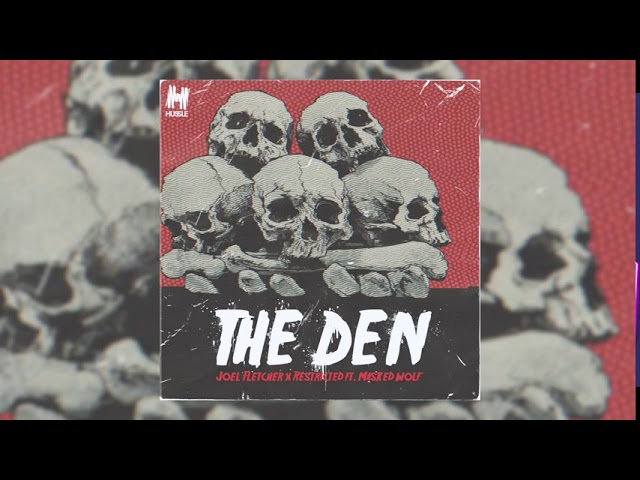