Having defiantly announced his return with his Yorke collab “Overdrive” back in April, Sydney producer Kilter backs it up with a banging new two-track instrumental release, “Tmper/One In Hand”. After a year spent relentlessly writing, “Tmper/One in Hand” is an ode to the odyssey of the creative process and the inner battle of introspection, revealing the breadth of Kilter’s production style and another taste of what’s to come for Kilter in 2019.

Bouncing between studios in Los Angeles, New Zealand and Australia is a far cry from its representation through the glamourous lens of Instagram and the like. Feelings of angst, displacement and boundary testing are personified in the music. Though, like all moments of uncertainty, there is a breakthrough and something beautiful almost always comes out the other end.

Kilter comments on the titles “Tmper” and “One in Hand” by saying, “These two tracks are a testament to perseverance. Both developing over time and often taking a back seat to other music I have been working on. They are a great bridge between my existing and yet to be released works as they capture a lot of the frenetic energy of my last year.”

With over 40 million streams across his catalogue, making him one of the top 20 most streamed electronic artists in the country, a number one electronic album for his debut LP Through The Distortion, and having been tapped to remix artists such as Duke Dumont, Jax Jones and RÜFÜS DU SOL, Kilter has built a reputation as a weapon producer in the studio. A festival favourite, Kilter’s eclectic live show sees the multi-instrumentalist take on synth, guitar, electronic drums, sample pads and piano. Kilter’s prolific and unique approach to music is precisely what makes him such an unparalleled and exciting part of the burgeoning Australian electronic music scene. 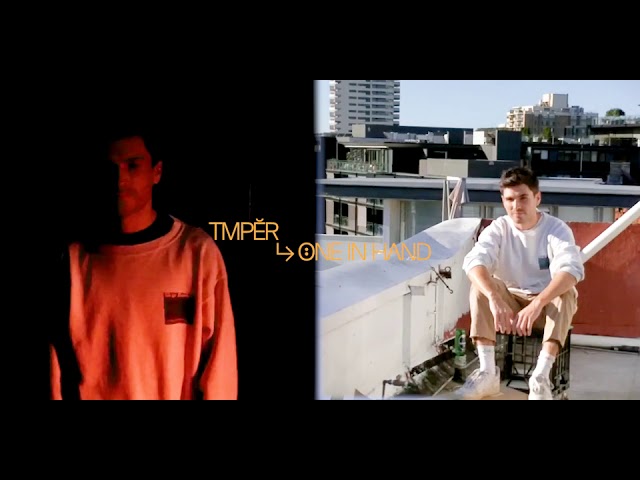 Also, keep an ear out for Kilter’s upcoming remix of PNAU’s new hit ‘Solid Gold’, landing this June and catch Kilter playing live on the below dates: