Carmine is a record about violence and love that establishes the much-adored Running Touch as a world-class storyteller, a fearless innovator, and a master of atmosphere second to none in Australian electronic music.

Having already teased out a string of singles from the album, today the illustrious artist also shares ‘Come With Me’, the lead single and video from his debut LP.

Running Touch’s first single release for 2022, follows his thoughts from the the featherweight indie-pop tracks of 2021, ‘Juno’ and is a dynamic musical change up from his moody electronic piece ‘Ceilings’. Production wise, the new single encapsulates the Melbourne artist’s love for anthemic soundscapes while lyrically it ties together stories from Signs, Juno and to-be-released album titled track ‘Carmine.’

He explains, “Come With Me goes further into my love for anthem soundscapes. I love the idea of having these chorus stabs with depth enough you don’t know what the sound source actually is. It’s really given me something to chase and explore. I’m always trying to find a balance between organic and synthetic, so I can be in the electronic space but solo over things live.

Come With Me follows the thoughts from my songs Juno, Signs and unreleasd track Carmine. Wanting and needing to escape wherever it is you are. Go wherever life leads, but wanting to do it with someone, but you’re unsure if they want to. Obsessiveness and escape.

The Juno story is inspired from art and film. I tried to have a lot of colour, names and film excerpts around me while constructing this. “

For the official video, Director CIAN Marangos worked with Running Touch to bring his concepts to life. Shot across Victoria from Daylesford to the Dandenongs, the aim was to showcase landscapes, colours, and settings that hadn’t really been explored before in music videos.

Director CIAN says,” Our goal was to use contrasting landscapes and textures to put us in the mind of our character. As a brief overview, the video aims to transport us into the mind of a painter in the moments of artistic expression. We wanted to explore the feelings of isolation, frustration, and anxiety that often come with creating art, particularly when working towards something that feels too big to achieve. Working with Running Touch was a super collaborative process, whilst there was so much freedom for me to build our world, we were constantly bouncing ideas back and forth to develop the look and feel of the clip into something that was different yet familiar to the RT visual landscape.” Carmine is a culmination of a life spent absorbing the textures of indie rock, hardcore, tech-house, pop, and electronic music, and working out, slowly, how to make them coalesce into something dazzling and totally unique. Brimming with grit and glamour, Carmine represents the beginning of a new chapter for the young artist: the advent of Running Touch’s second life as a juggernaut of intelligent, heart-rending electronic music. His debut album captures a world of achievement – a work of intimacy and chaos that could only come from the mind of Running Touch.

Influenced by the likes of everything from hardcore to jazz to pop to electronic, Running Touch’s music has acquired over 170+ million global streams and achieved platinum status for ‘When I’m Around You’, double platinum for ‘Better Together’ and gold single status for ‘My Hands’ and ‘This Is Just To Say’. He has supported fellow electronic pioneers like ODESZA and ZHU, performed at innumerable festivals, and last year played a first-of-its-kind live show at the Sidney Myer Music Bowl. His monster track with Hayden James, ‘Better Together’ awarded him an APRA Award for Best Dance Work and has since reached double platinum. 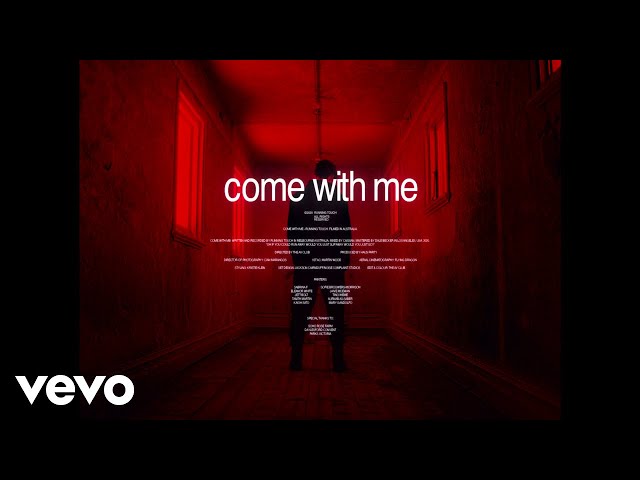