Fresh off his stunning anime concept album, E.L.E. (Extinction Level Event), Slushii has announced the next chapter of his career, revealing his signing to Steve Aoki’s longstanding Dim Mak imprint.

Slushii is the performance alias of American EDM artist Julian Scanlan, who first made waves in the streamosphere with a series of remixes in 2016.

The prodigious electronic music producer has also just released a brand new single called “Forever With U.” According to a press release, the bubbly future bass tune kickstarts “A Slushii Summer,” which will see him release a new single every Friday before unveiling brand new, 15-track album on September 23rd.

A shimmering showcase of his vibrant production style,” Forever With U” echoes the quirky and lighthearted sounds that propelled Slushii to early acclaim. Filled with bright synths, melodic breaks and playful vocal chops, the single is signature Slushii and caters to his longtime fans.

Slushii has electrified festival crowds everywhere from EDC Las Vegas to Germany’s Parookaville, Tomorrowland to Lollapalooza, all while holding down residencies at some of the world’s most renowned clubs, including Intrigue and Encore Beach Club. His rap sheet doesn’t end at his relentless touring itinerary either. Massive collaborations and remixes co-signed by the likes of Marshmello, Maroon 5, French Montana and more make Slushii a dominating force in the digital streaming landscape, as he continues to flex his ultra-versatile production capabilities with everything from poolside pop to punishing trap products.

Listen to the brand new single “Forever With U” by Slushii below! 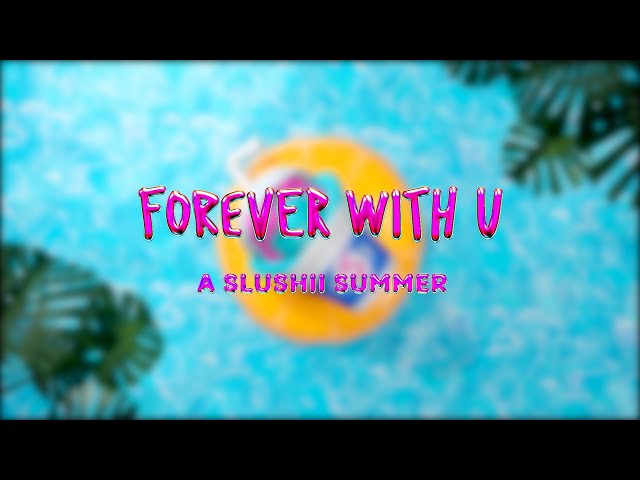