The Rise Of The Synths: A Documentary About Synthwave

Who does not remember the haunting electronic music of John Carpenter’s Halloween, or Brad Fiedel’s dark, remorseless theme from The Terminator, with its threat of emergent technology?  Or perhaps Vince DiCola’s uplifting and energising beats from Rocky IV?  All highly effective synthesized scores that stayed with you for days, weeks, even years!

We are in the midst of a true 80s revival in cinema, TV and music. Films such as Drive, It Follows, Ready Player One, Wonder Woman 1984 and TV series like Stranger Things and Glow, among others, show a definite nostalgic trend. Is this a random revival or an emerging cultural phenomenon?

The Rise of the Synths follows a group of composers from different countries who, in the mid 2000’s, unknown to each other but with the help of Myspace and social networks, spontaneously created an underground music scene known as Synthwave. It was the first time the Internet gave birth to a real music scene.

So what is Synthwave?  Defined as modern electronic music heavily inspired by the music, soundtracks and pop culture of the 1980’s, it is an irresistible blend of nostalgia and music; of creative processes and cultural references; of re-appropriation and legitimate creation.

With a definite DIY style, many of these composers remained anonymous and faceless in an attempt to always put the music first. Many had no musical education but the Internet provided the platform to upload works made in their free time on home computers. It was their hobby – no rules, no leaders – and they flourished more or less underground.

Narrated by iconic director and composer John Carpenter, The Rise of the Synths is a journey back and forth in time, from the roots of the scene to its impact on today’s pop culture. Exploring a secret world, populated by some of the last rebels on the Internet, the film asks various questions, including: «Why now, this nostalgia for the 80s? Where does it come from? And what will become of it?”

With Synthwave threatening to burst into the mainstream, and nostalgia for the 80’s greater than ever, there’s been no better time to journey back and see where it all began!

We caught up with the film director to discuss how the documentary came together, working with the likes of John Carpenter, Synthwave and more.

There seem like there were a few obstacles to overcome with making Rise of the Synths. What was your greatest challenge and how did you overcome it?

The biggest challenge was to make such an ambitious film with a low-budget. People need to realize that the film is a small production from two indie companies (Castell & Moreno and 9 am Media Lab). The producer’s work has been outstanding, they always understood what I wanted to do, and that the film needed it.

There were moments where I thought that we will never gonna make it: we had to deal with music and film rights, get John Carpenter, shoot in so many countries all over the world with a non-standard documentary setup, shoot a fictional part with VFX, the editing process was also a nightmare, we lived every struggle you could think of to finish the film, but I think our determination and the passion for the project was the key ingredient to overcome it.

It was an amazing experience, but very demanding. I had a huge jet lag (I landed the previous day in L.A. from Spain) and I had a huge pressure to make the shooting in the few hours we had with him. It wasn’t easy for me as a director, but John was great to work with and respectful. We finished much quicker than I expected. But I remember when he started to read the narration I had wrote months ago and we were shooting it, thinking “This is really happening”. It was a great moment for everyone involved in the film.

What would you add in if you were to do a “directors cut” of your documentary?

There were too many things that due to the nature of the film and the narrative per decades, we couldn’t expand, but I think the film has the right length right now. But I’ll love a longer section of the Myspace years (where the whole synthwave scene started) and a much longer section of the 70s section too (the Moroder italo-disco and the Tangerine Dream influence).

What was the best advice you got while making Rise of the Synths?

It was a long journey so it’s hard to remember all the wonderful advice I’ve received from so many people, but while I was struggling with the final cut of the film and the closing of the film, a filmmaker friend told me I should close the film with the same person it started: the narrator. The film wasn’t closing with the last John Carpenter statement to the camera as it is right now. I wasn’t really sure about it but I wrote that last statement and add it to the script. And he was right: that was the perfect ending for the film.

What do you think of Australia’s synthwave scene?

You’ve got Power Glove, what else can you dream of? These guys are amazing and one of the originators of the sound. 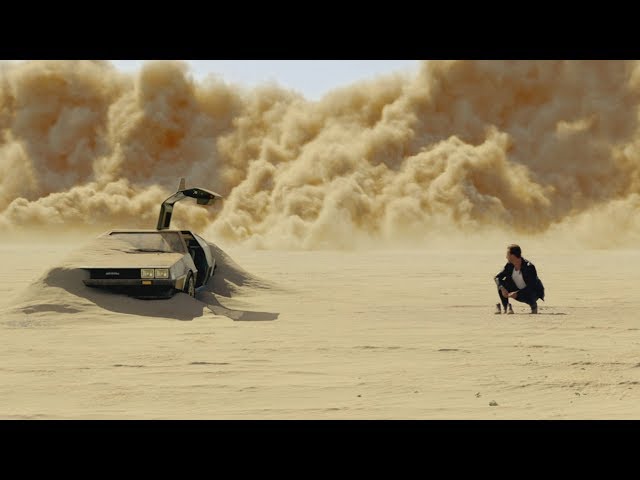 The Rise of the Synths is currently showing as part of the Melbourne Documentary Film Festival.

Due to COVID lockdown restrictions, the film festival has created a hybrid and innovative Video-On-Demand experience from June 30 – July 15 2020 so you can binge any and all documentaries included in this year’s festival 24/7 until allocations are exhausted or the festival finishes. For more information head to the official website and start steaming.