Above & Beyond – Common Ground Following the historic ABGT250 performance at The Gorge in Seattle, Washington; Above & Beyond have officially released their new album, Common Ground.

Common Ground comfortably welcomes the new year and overall, it will be everything fans want, with a few surprises. One key element to the groups appeal that continues to stick out the most, is the inspired, eclectic, and gorgeous vocals. Richard Bedford returns as if he’s never aged a day since his last appearance on 2013’s Black Room Boy, while the splendid sounds of Gemma Hayes, Justine Suissa and the iconic Zoë Johnston all return. While the album is the groups first electronic studio album since 2015 (2016 was occupied by the Acoustic II voyage), the genre-bending album that is Common Ground delivers some of the most artistic tracks yet.

The positivity surrounding 2018 has been exponential and noticeable. The world seems to be headed in a much better direction thanit was a few years ago, and this cosmological brightness makes it strangely appropriate for Above & Beyond’s newest studio effort, Common Ground, to usher in the new year. As not just gods in their respective genre but leaders to dance music as a whole, we have come to expect nothing but greatness from A&B, especially with their near perfect past resume of Tri-State, Sirens Of The Sea, the sensational Group Therapy, the chart-topping We Are All We Need and groundbreaking and acoustic albums.

Opening to a lush symphony, ‘Inconsistency Principle’ comfortably sets the tone of the album and at first listen is the goosebumps moment for any Above & Beyond fan that’s been patiently waiting for this album to drop.

As usual with an Above & Beyond and Zoë Johnston track, the vocals and lyrics on ‘My Own Hymn’ are beyond powerful and strike emotion into the listener immediately. With just a few snaps to begin, and Johnston’s amazing vocals, the song leads itself into a patented Above & Beyond progressive drop.

The song begins with an ambient sequence that’s gradually layered with euphoric trance chords and Johnston’s angelic vocals. ‘My Own Hymn’ is an ode to compassion, forgiveness and celebration of the self,” Johnston said.

Third play ‘Northern Soul’ is a hard-hitting yet emotional track that sees longtime favourite Richard Bedford return on vocals. The track is an ode to Detroit, home to music icons Aretha Franklin, Gladys Knight and Stevie Wonder to name a few. Above & Beyond describes Bedford’s performance on their latest single as “fabulous and real and human” in a press release. “Above all, he makes it believable.”

‘Naked’ see’s Justine Suissa lend nurturing and intimate vocals to produce one of the standout tracks of the album. The funky pulsating track delicately builds with the addition of thick symphonic pads and piano keys to blend together and produce quite an uplifting track. The club mix sound of ‘Naked’ is sure to be a crowd favourite at upcoming A&B shows.

‘Happiness Amplified’ was meant for any stage and you can tell this at first listen. The backing symphony works so well with the vocals of Richard Bedford. Each verse is soft and fragile, the backing piano keys compliment Bedford’s vocals before building into an iconic Above & Beyond drop. Overall the composure of the track is very well done and with such a positive feeling, this track could quite possibly be a closing track at upcoming shows.

‘Is It Love (1000)’ is straight out of the trio’s vast production playbook and features a typical trance intro, which melts into spellbinding chord progressions which finally gives way to a fabulously silky bass drop. Expect this to flood A&B sets for years to come, it went down a treat at ABGT250.

Justine Suissa returns on ‘Cold Feet’; a track that you would expect to hear in a 50 shades film. The heart-wrenching piano keys and delicate nature of this track makes this one of the more unique tracks from Common Ground.

A rousing highlight from the trio’s headline shows at Ultra Miami and Electric Daisy Carnival Las Vegas in 2017, ‘Tightrope’ is a return to the heartfelt songwriting that has won Jono, Tony and Paavo legions of fans around the world. With heartfelt lyrics penned by Tony McGuinness and plaintive vocalist Marty Longstaff (singer-songwriter from UK band ’The Lake Poets’), ‘Tightrope’ is a soaring yet bitter entreaty for hope and direction in trying times that tickles both heartstrings and hips.

‘Alright Now’ is definitely the biggest sounding track on Common Ground. The pulsating basslines, tough stomping beat, infectious piano melodies and warm strings, form the nice sound blanket that will introduce Justine’s beautiful voice. She once again proves that her simplicity and straight-forward performance make her singing so touching and emotional that is impossible not to identify with her nice story and start to sing-a-long. When the big synthy riffs are unleashed you feel the energy radiating all over the place and when the beat strikes back we go for the full on hands in the air climax.

Again, ambient sounds sit underneath the warm vocals of Richard Bedford’s vocals on ‘Bittersweet & Blue’ to provide a catchy yet melancholic track. At just over five minutes long, it sets the tone for the penultimate track ‘Always’.

‘Always’ is a slow, piano-driven ballad led by long time fellow collaborator Zoë Johnston. As she did on classic tracks ‘Love Is Not Enough,’ and ‘Good For Me’, Zoë sings your heart’s secrets into timeless gold. It’s a happy tune with a melancholic melody, a hushed moment of pure elation that will certainly become a teary-eyed favourite in Above & Beyond sets to come.

Album finale ‘Common Ground’ perfectly closes with a reflection back on the journey we just witnessed. The thick layering of synths and touch of electronic glitches, flickering and light keys make for a great finale.

No doubt will Common Ground be replayed throughout the years to come. While many of today’s highest paid and most popular EDM stars sink deeper into commercial haziness, it’s a relief that Above & Beyond continues to not just maintain their identity but push to create an unrivalled sense of maturity and class.

From the composure to the lyrics, you can definitely tell this album was constructed for both electronic and accoustic performances.  The sound of Common Ground is unique and fresh, yet at times it pays homage to Group Therapy and We Are All We Need. To be honest, the sheer quality makes for an extremely filling and lovable listen for any electronic music lovers ears. This could be a strong contender for dance album of the year. 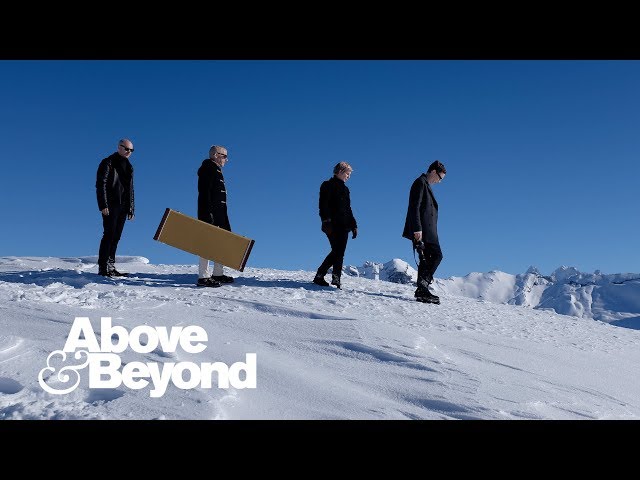