Setting standards in the industry ever since they first collaborated in 2005, Matrix & Futurebound aka Brendan Collins and Jamie Quinn possess one of the most impressive track records in Drum and Bass history.

The duo can boast over 30 Million combined Spotify Streams, one critically acclaimed album, ‘Universal Truth’, and multiple consecutive Top 40 UK tracks & Radio 1 Playlisted records with a back catalogue including hits such as ‘All I Know’, ‘Magnetic Eyes’, ‘Don’t Look Back’ and the legendary Silver certified ‘Control’ – which reached #7 on the UK’s Top 40 singles chart.

While we have the new studio LP Mystery Machine on repeat, our team caught up with the duo for a quick chat!

Hi Jamie and Brendan thanks for taking time with us today.

For our readers who are unaware, you’ve been playing shows together for well over a decade now. You’ve amassed a worldwide following in the bass music scene and have released records on labels like Metro Recordings and Viper Recordings. Can you tell us how it all started, how did you get together and form Matrix & Futurebound?

We first met through DJing at some of the same events and realised we were on a similar musical page and also enjoyed hanging out so it was easy to jump in the studio and roll out some music. Before we knew it, we had the makings of an album and the rest is history as they say.

You guys released your first studio album ‘Universal Truth’ back in 2007 and recently dropped second studio album titled ‘Mystery Machine’. How did the new album come about?

It has to be said, twelve years is an absurdly long time between albums although obviously we released a huge amount of singles and remixes between these two albums. ‘Mystery Machine’ really came about for the same reasons as ‘Universal Truth’. We just found that we had a half a dozen tracks ready that all felt like they belonged on the same record. From that point, it’s a matter of figuring out what else is needed to fill in the gaps and turn it into an album.

Was production the process of taking a block time in the studio, or a working progress over the years?

It’s a continuous process really…. DJing at the weekend and being in the studio during the week. Some of the tracks on the album evolved over the course of a few years and some came together very quickly. Sometimes it starts with a song idea, or a melody, or a killer bass sound. There’s just no standard way of doing things. Life would be a lot easier if there was!

At seventeen tracks long, it’s a great listen. You collaborated with the likes of Zelah, James Walsh, Polina Goudieva and Alex Hepburn. What was it like to collaborate with these talented artists?

We do have some incredible vocal talent on the album. As an electronic music producer, you can control and fine tune every tiny nuance of your music but often it’s a great vocalist who can really make or break a particular track. Sometimes we find the perfect voice straight away but on some tracks we might try many different singers before we strike gold. ‘Got You There’ is a good example of that -We recorded that song with five or six different singers but none of them worked and we thought we were going to have to shelve it but Zelah sent us a demo about two weeks before the deadline for our album and we instantly new it was the right fit. 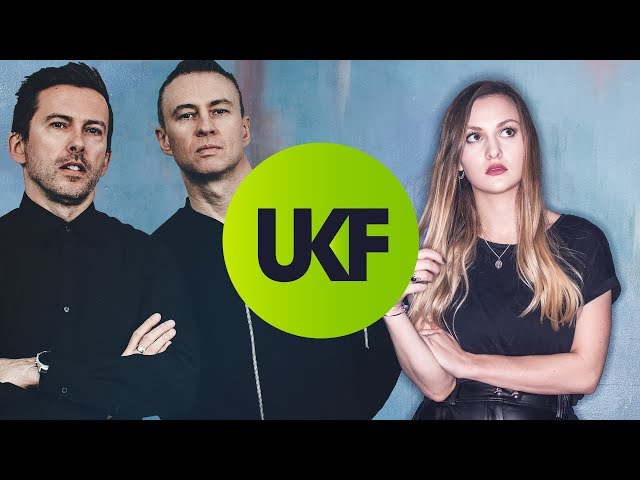 At first listen, you can tell these tracks are going to go down a treat when played live. Do you have any favourites from the new album?

Our favourite tracks can vary from week to week. Probably for a DJ set, it would currently be ‘Mystery Machine’ and ‘Tardis’. The next single from the album will be ‘Follow Me’ which has got a killer vocal from Ayak -that one is a bit of a favourite of ours too. When you spend a huge amount of time working on an album you do get caught up in the very fine details of the music and the production process. It’s only once it’s been out for a few months that you can start to listen to it without being in hyper critical ‘producer’ mode.

Now you guys have a very busy couple of months fast approaching. You will not only be heading down under for five Australian shows, but you’ve also locked in to play Creamfields and have recently played EDC Las Vegas. What can fans expect from your shows?

I guess we try to find the right balance of in your face bangers and the more unexpected side of Drum & Bass. We like the idea of combing the really heavy duty fire power with some deeper more emotive tracks. It’s a similar philosophy to our productions I guess. Whatever you do in music, you should always try and be unique and have your own sound. That’s really the only rule.

Do you guys ever get nervous playing festivals as big as Creamfields and EDC?

Yeah, sure. There’s always a healthy level of nerves in the background but that’s a good thing really. It keeps you focused. It’s an intense experience playing at some of those kind of events especially when you feel a blast of heat coming from the pyro on stage! At an event like EDC, you can’t really take in the scale of it whilst you’re actually playing as you have too much going on in your head but when you take a walk around after the set, you do look up at the stage and think ‘Whoooah, did we just do that?’

Where do you see electronic dance music in five years?

If we knew the answer to that, we’d already be doing it!