Backed by Hardware, Onelove and touring giant Live Nation, Australia’s Festival X is set to kick off the summer festival season in a big way.

In its debut year, Festival X boasts the biggest dance music lineup we have seen in years and is set to hit Brisbane, Sydney and Melbourne from November 29 – December 01.

With headline performances from the likes of Calvin Harris, Armin van Buuren and Lil Pump, the versatile lineup provides something for everyone to enjoy. While the headline acts are certainly a major draw card for many, we delved deeper into the artist roster to find 5 golden acts you can’t miss at Festival X 2019.

PS, if you havn’t already got your ticket, head over to the festival website but hurry, they’re almost sold out! Giuseppe Ottaviani is an Italian trance musician. Ottaviani began studying piano at the age of 4 in Viterbo, a small Italian town near Rome. After attending music school in his early childhood and studying classical music as a teenager, he discovered electronic music. He started to play his first DJ sets at clubs and on local radio stations in 1995, and later began to use his computer to produce his own music.

Characterizing trance music’s energy in both approach and output, Italy’s Giuseppe Ottaviani has long been recognized as one of the genre’s most respected and prolific merchants. From his earliest studio work (as the engine behind esteemed group NU NRG), through to his latter-day output under his own name, he has established himself as a benchmark for preeminent trance. Over the last decade his trailblazing Giuseppe Ottaviani Live! and Giuseppe Ottaviani Live 2.0 evolutions have redened what a DJ does. In doing so, he’s put countless hands in the air and feet on the foor at some of the world’s best-known electronic music festivals.

With four studio albums and countless productions and remixes Giuseppe Ottaviani remains both contemporary and omnipresent in the scene continuing to win trance hearts and minds all over the globe.  Giuseppe is set to bring his Live 2.0 show to Australia as part of Festival X and is an act that you can not afford to miss. 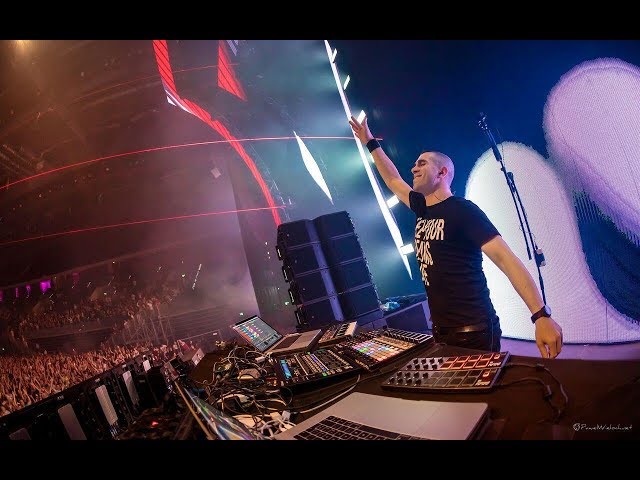