Today EMC announces DJ and BBC Radio 1xtra Host Jamz Supernova, who will open the conference with an in conversation with Australian born, LA based George Maple. The DIY Handbook: Jamz Supernova in conversation with George Maple sees these two powerhouse women tapping into each other’s minds to discuss their journeys as creative entrepreneurs, the mistakes that became learnings applied to create magical career milestones, the advice they can offer to emerging artists and professionals and what is exciting them the most about the new decade ahead.

George Maple will also present a workshop – The Process: Developing Your Artistic Voice and What It’s Saying on development and nurturing of the creative process. Using her own inspirations, documents from previous projects and footage from her recent multimedia live spectacle ‘Utopia,’, George Maple will drill down to present a simple, succinct, visual and engaging lecture which explores ‘What am I trying to say?’ from the artist’s perspective.

Enigmatic producer, artist and songwriter Running Touch features in EMC’s Keynote Theatre in On The Couch with Team Running Touch – a close look into the journey of Running Touch and his team, exploring the triumphs and challenges since his 2016 breakout, and what  2020 and beyond looks like for one of Australia’s most exciting talents.

Inline with EMC’s 2019 theme The Next Now and ahead of what looks (almost) certain to be a 2020 repeal of Sydney’s lockout laws is a special panel After The Lockouts: Rebuilding Sydney’s Nightlife From 2020. Global advocate for night time governance and former Amsterdam Night Mayor Mirik Milan facilitates this panel which includes Keep Sydney Open’s Tyson Koh; The Ticket Fairy CEO Ritesh Patel and Sophie Page of Home The Venue which celebrates an impressive 21 years of existence in Sydney nightlife this year.

With messy data and subsequent missing income being one of the greatest challenges of the global music industry as we enter a new decade, the keynote from Nightlife CEO David O’Rourke Harnessing Data – The Next Now followed by the expert panel Following The Money: Can Music Recognition Technology Solve Your Missing Income? explores the importance of accurate and transparent data to drive growth in the music industry and whether Music Recognition Technology is the solution to the $180 million+ missing income for electronic music writers and producers each year. David is joined by APRA AMCOS Research and Technology Co Ordinator Levi Voorwinden and streaming expert Mike Warner in this panel.

Following the back and forth of the new festivals legislation being removed in September then reinstated in October, there is now a political process at play which will determine the future of the regulations around music festivals in NSW. The Politics of ‘High Risk’: What’s Next for NSW Festivals? is a briefing from Australian Festival Association’s Julia Robinson; MusicNSW Managing Director Emily Collins; Hardware Corporation’s Richie McNeill and Live Nation’s Mitchell Wilson delivering a current status of this situation and will clarify the political process when negotiating this regulatory framework which affects industry and music lovers alike.

In an investigative session, Association of Artist Managers, (AAM) White Sky and EMC team up to deep dive into The Economics of Artist Management – putting a spotlight on the realities of the income of an artist manager when working with a developing or emerging artist. Expert lawyers Jennifer Tutty from Studio Legal and Rob Glass from Media Arts Lawyers join Willaris K manager Adrian McGruther and White Sky’s Mike Landers in this essential session for artists and managers facilitated by AAM Co-Chair Greg Carey.

EMC’s workshops program expands over two floors in 2019 with a stacked program dedicated to music and content creation. A Crash Course in Modular Synthesis hosted by Roland and mod synth legend David Haberfeld gives an entry level 101 to creating the sickest sounds in electronic music. Are Playlists The Big Break They’re Cracked Up To Be? explores the benefits and challenges with placement on playlists with Work Hard, Playlist Hard author Mike Warner, Xelon’s Arlo Enemark and Ni Bing. VJ Meets DJ: How You can Elevate Your Club Sets With AV brings A-Tonez and VJ Morph together for a live DJ/VJ collaboration covering the must-know info for crafting a multi sensory club performance. Music and Lyrics: Making Songs in a Sea of Bangers dives into how to create tunes with lyrics and the voice at the forefront with Sound Designer and Ableton User Group’s Elina Godwin, Isy Isy and Chase Zera. Game Theory: Fundamentals of Gaming Composition with Jared Underwood delves into game music composition covering writing theme, in-game music, menu loops and win and fail stings. 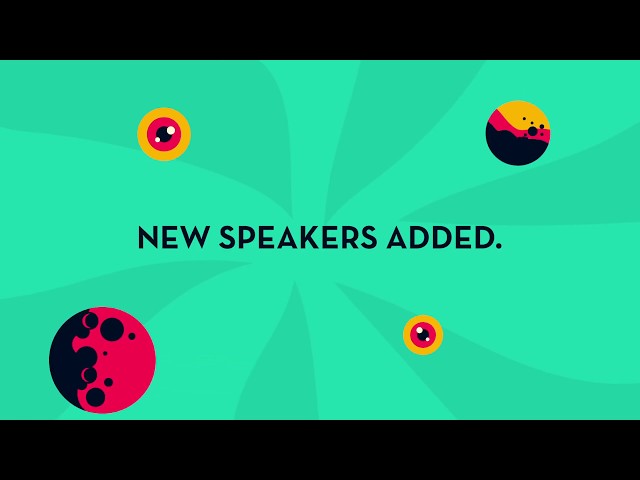 Pia Del Mastro – Director, One Plus One Agency

Tickets for EMC’s conference are onsale now via The Ticket Fairy at https://www.electronicmusicconference.com/tickets/ with student and industry passes available including group rates.