Berlin-based DJ producer, Superlover will get you up and shaking your hips with his new single ‘All Shook Up’ for his second release of the year on Club Sweat. This disco-inspired house track is a piano weapon built for the poolside, with its high-energy build and funk heavy beats, ‘All Shook Up’ is bound to get the hairs on your neck standing and take your dopamine level up a few notches.

“All Shook Up is my ongoing and never ending search for the ultimate piano tune for the dance floor. Like all Superlover productions, it’s got to have a funky, uplifting, positive and driving energy. But first and foremost it has to have THAT special piano vibe which brings so much emotion and fire to the floor.” – Superlover

Superlover was raised and influenced by the raw and industrial sound of techno culture in Germany in the 1990s that has since seeped into his discography. Tracks like ‘Steam’ and ‘Love Machine’ have each garnered over a million streams across the platform, with the latter making its way to the Beatport tech-house chart and sustaining a top 3 position for over a month. The success of these singles would lead to new heights for Superlover with his 2016 single ‘The Talking Machine’ topping the Beatport tech-house chart and coming in at #2 in the overall chart.

The German DJ has been supported by the likes of Claptone, Roger Sanchez, Robbie Rivera and Danny Avila to name a few of the heavyweights using Superlover in their setlists, while the house producer has been featured on national radio by the likes of Triple J, BBC Radio 1 and Kiss FM. Having DJ’d in some of the most lavish party destinations in the likes of Ibiza, ‘All Shook Up’ will undoubtedly bring that Iberian dancefloor feeling through your speakers and into your home. Available now on all streaming platforms, get your first listen below! 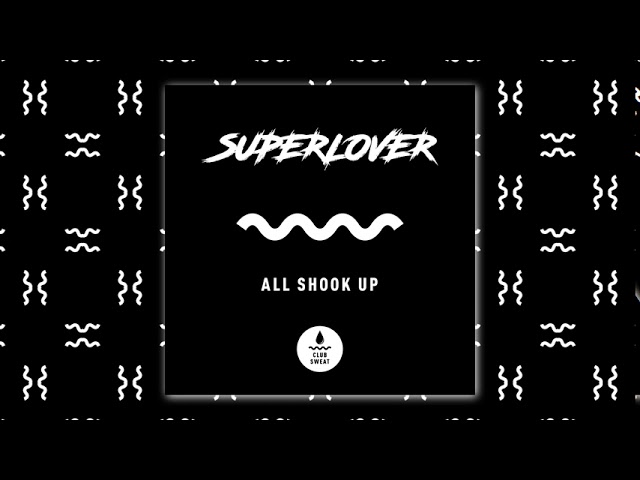