Gold Coast producer Taleena puts everyone on dancefloor notice, with the conspicuous new single ‘Drip’, an apropos release to coincide with the announcement of her signing to Club Sweat. With a prowess for delving into the underground side of dance music, Taleena layers enchanting kicks and tech bass, underneath seductive vocals for a take-no-prisoner, rave-persuading affair. Fuelled with a vocal as bold and as commanding as “watch this”, you just know that Taleena is ready to make the globe stand up and take notice. ‘Drip’ is an apt tech-house anthem for self-empowerment and dictating your own path, the perfect introduction to Taleena as a full-fledged member of Club Sweat.

On the premise behind the single, Taleena said, “Drip is all about being in charge, the boss, the leader. You feel the power when you hear this tech-house, dance-floor assault, you feel in control. You want to take back your power. Nobody can stop you. Nobody can stop the demon that’s inside of you that wants to be bad… Or maybe it’s coming out to do good? It’s your choice, it’s your power. You decide who the nemesis is but always remember you make the rules, you lead the way, never be scared and always stay two steps ahead.”

Taleena also commented on her signing to Club Sweat, saying, “Stoked to have signed a record deal with a family that I have always admired, a like-minded group of sweaty groovers that I’m super excited to grow with. Can’t wait for this journey of tunes, times and towels cause the drip be sweaty asf!”

Taleena is quickly becoming one of the most promising producers in the Australian house and techno scene. She made her impressive debut release ‘Lunar’ on her now-home Club Sweat, which featured across triple j shows the Friday Night Shuffle and House Party. She followed up with releases, ‘The Theory’, ‘Mutual’, and ‘Boots N Cats’, which saw Unearthed support from the like of Declan Byrne, Dave Ruby Howe, and Claire Mooney, and global support from some of the hottest names in house music – Shiba San, Richy Ahmed, Anna Lunoe, Don Diablo – just to name a few. Her mixing skills have seen her support some of the world’s best on the global stage, the likes of Steve Aoki, Jauz, Camelphat, Claptone, Dusky and Fisher, while she is often found commanding underground rave caves at some of Australia’s leading house institutions like Revolver, Brown Alley, Chinese Laundry and Prince.

Out now on all popular streaming platforms, get your first listen to ‘Drip’ by Taleena below! 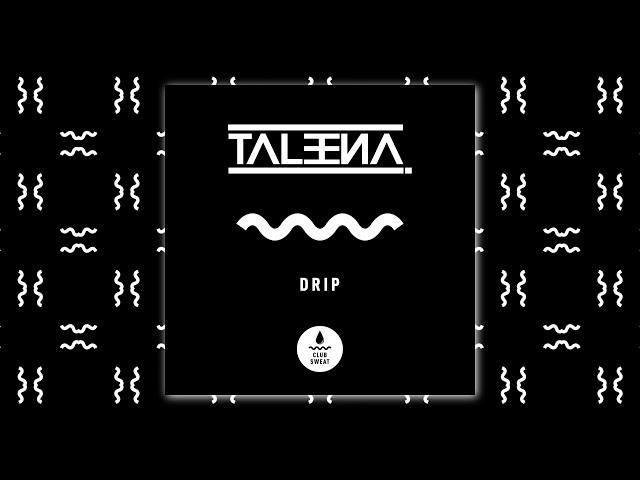